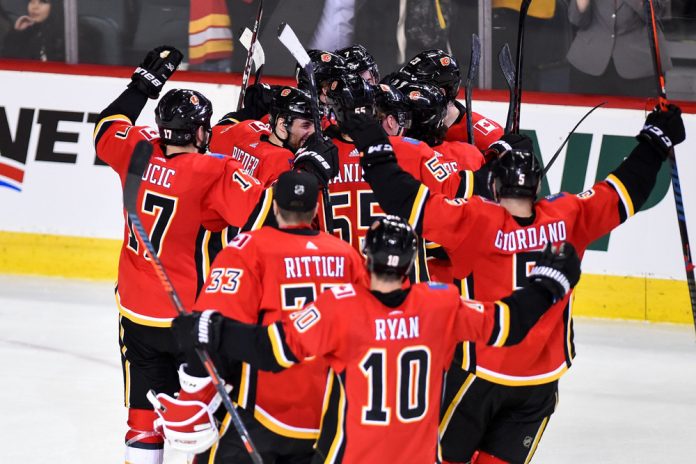 TSN reports Calgary Flames general manager Brad Treliving stated that discussions about player movement are starting to heat up as teams prepare for a 56-game season with a Jan. 13 start.

The Flames have $223,334 in available space. Despite a free-agent market that still includes the likes of 30-goal scorer Mike Hoffman, speedy winger Andreas Athanasiou, and a plethora of depth options at all positions, Treliving said it’s likely that the Flames roster as currently composed will be the one that leads them into the start of the upcoming season.

Treliving stated, “But we continue to have discussions and see if there are opportunities for us, but as we sit here today…less than two weeks out from training camp, I anticipate that our roster as currently constructed is probably what we’ll get into camp with and go from there.”