1982: The Washington Capitals, who have yet to qualify for the Stanley Cup Playoffs since entering the NHL in 1974, hire 32-year-old David Poile as their general manager.

Poile, who’s been an assistant GM with the Calgary Flames, wastes no time making changes; he acquires future Hall of Fame defenseman Rod Langway in a trade with the Montreal Canadiens on Sept. 10. With Langway winning the Norris Trophy in each of his first two seasons in Washington, Poile assembles a team that makes the playoffs in 1983 and every season through 1996. The Capitals miss the playoffs in 1997 and Poile is fired, though the team he put together rebounds one year later to advance to the Stanley Cup Final for the first time in Capitals history. The Capitals go 594-454-132 during Poile’s 15 seasons and win their first division title (in 1988-89).

Poile isn’t out of work for long after being let go by the Capitals; he’s quickly hired as GM by the expansion Nashville Predators.

1994: Kirk Muller is named the 20th captain in the history of the Montreal Canadiens. The move comes 11 days after Guy Carbonneau is traded to the St. Louis Blues, ending his five-season run as captain. Muller’s tenure is much shorter; he’s traded to the New York Islanders on April 5, 1995. 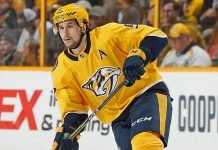 September 20: This Day in NHL History 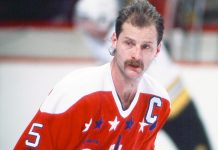 September 9: This Day in NHL History