We hear a lot about the extravagant salaries of NFL and NBA players, and it seems like records keep being broken for the highest salaries ever. We don’t hear as much about NHL salaries though. This could be because the sport doesn’t have quite as big of a fan base, or maybe because the NHL salary cap is less than half that of the NFL.

This doesn’t mean that there isn’t a ton of money to be made in the NHL. The star players are still making millions, just not quite as many millions! It’s a safe bet that in today’s sports-loving society, we’ll always see athletes paid very well for the intense work that they put their bodies through.

Just like all professional sports, a lot of the money being made is from sponsorship deals and partnerships. These can bring in huge amounts for individual players or whole teams. In 2021, the NHL changed their rules to allow gambling sponsors, and this has brought in a lot more money for the teams.

A sportsbook that is an official NHL sponsor or affiliate is a lot more likely to have the best odds and bets on NHL lines. Betting on the NHL through a sportsbook that is tied to your favorite team is a nice way to support them. It is also a good way to ensure that your bet is being placed with a reputable bookmaker, since the NHL will have done all the necessary vetting.

While most of us can only dream about winning big or earning the same kind of money as a star athlete, we can still be very impressed by the top salaries. Here are the five highest earners in the NHL right now.

Connor McDavid was the 1st draft pick in 2015, and his career has justified that call. The Edmonton Oilers center has won the Art Ross Trophy (4x), the Hart Memorial Trophy (2x), and the Ted Lindsay Award (3x). On top of everything else, McDavid is also one of the fastest skaters in the league.

It’s no wonder that he’s the highest paid player in the NHL, with an annual salary of $12.5 million.

The free-agent period is when players who have demonstrated their worth over the previous season hold more bargaining power than usual. Artemi Panarin used his free-agent period well and signed with the New York Rangers in 2019. His 7-year contract has an annual salary of $11.642 million. Over the past three seasons, he has been one of the top scorers in the league and was a finalist for the Hart Memorial Trophy in 2020.

Auston Matthews, center and alternate captain for the Toronto Maple Leafs, had obvious potential from the start. He was drafted by the Maple Leafs first overall in the 2016 NHL draft. After several successful seasons with the team, he signed a 5-year extension contract that put him in the ranks of the highest-paid players on the ice.

Matthews’ new contract set his salary at $11.64 million per year. Just over a week later, he scored his 100th and 101st NHL goals, showing that the Maple Leafs’ faith in him was well-placed.

Erik Karlsson has the talent to be one of the best defensemen in the history of the game. It was understandable, then, that the San Jose Sharks signed him to an 8-year contract, with an annual salary of $11.5 million. This made him the highest-paid defenseman in the NHL’s history.

Unfortunately, his time with the Sharks has been plagued by a series of injuries that have prevented him from playing his best. Recent research puts to bed the idea that hockey is the most dangerous professional sport but injuries are still common. Groin and hand injuries are among the most frequently reported – alongside knee, concussion, and should injuries – and Karlsson has been dealing with both a nagging groin injury and a broken thumb during his time with the Sharks.

There are some trade rumors hovering around Karlsson. He has stated that he doesn’t want to leave the Sharks but starting fresh with a new team could be what he needs.

The next highest paid defenseman in the NHL rounds out our list. Drew Doughty, who plays for the Los Angeles Kings, signed an 8-year contract in 2018, with an annual salary of $11 million. He helped the team secure two Stanley Cup wins prior to his contract extension. Unfortunately, since then he has struggled with an injury and hasn’t been able to play at quite the same level as before. 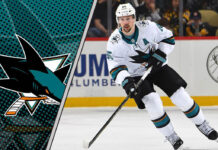 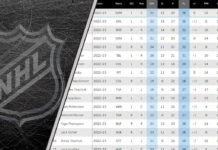