The Winnipeg Jets had a very disappointing season. Most NHL Analysts at the start of the NHL season had the Jets as the best Canadian team with a chance to reach the Stanley Cup. That never happened and if there is turmoil in the Jet’s organization this coming season, they are staring at another early golf season.

NHL trade rumors circulated a few months back about the Winnipeg Jets facing issues in re-signing Pierre-Luc Dubois to a long-term deal. Elliotte Friedman has now confirmed that rumor in stating Dubois told the Jets that he plans to test unrestricted free agency when eligible in 2024.

Dubois, 23, is coming off a 28 goal and 32 assist campaign last year and if the Jets can’t get the restricted free agent locked up on a long-term deal this offseason, they should look to sell high and maximize on the assets Dubois could get back this summer.

The free agent frenzy period will be interesting this offseason with Matthew Tkachuk also rumored to be on the trade block. 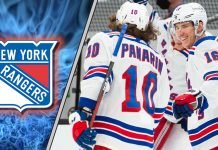