Earlier this year, there were NHL trade rumors floating around that the Philadelphia Flyers could look at trading center Nolan Patrick.

The Edmonton Oilers are looking to add a right-shot centerman to the lineup and Patrick could be that player after the experiment with Kyle Turris fizzled last season.

Jim Matheson of the Edmonton Journal is reporting that GM Ken Holland should call Philadelphia to see about a trade for Nolan Patrick, the second overall pick in 2017 ahead of Miro Heiskanen, Cale Makar and Elias Pettersson. Is he worth the gamble or do they need a sure thing like Tyler Bozak, if the free-agent price makes sense?

Matheson went on to say, he’s got big-time skill but he’s been a bit player in Philly. Partly because of migraine problems which KO’d him for an entire season, also because he was rushed to the NHL as an 18-year-old.

Patrick needs a change of scenery and if the Edmonton Oilers can make a trade for him at the right price, he might be worth the gamble that can turn into a top-six player instead of a bottom-six one. 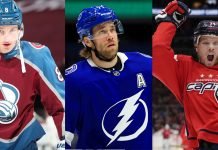 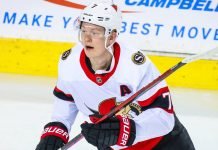