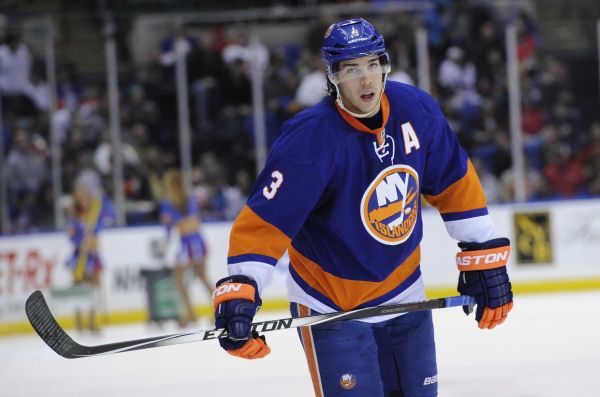 TSN.ca: The latest Travis Hamonic rumors have five teams very interested; The Winnipeg Jets, Edmonton Oilers, Calgary Flames, Minnesota Wild and Colorado Avalanche. GM Garth Snow gave Hamonic’s agent, Kevin Epp, permission several days ago to speak with interested GMs. Darren Dreger says it sounds like the Islanders would like a defenseman like Jacob Trouba or Tyler Myers, though Jets GM Kevin Cheveldayoff would be reluctant to give up either guy. Cheveldayoff also has to contend with pending UFAs Andrew Ladd and Dustin Byfuglien, plus pending RFAs like Trouba and Mark Scheifele.

ESPN.com: Pierre LeBrun is reporting Edmonton Oilers GM Peter Chiarelli has coveted Travis Hamonic for some time. If the asking price is someone like Darnell Nurse, he doubts the Oilers would do that. LeBrun also believes Trouba could be too much for the Jets to give up, and claims the Minnesota Wild have at least talked to the Isles about Hamonic.

Sportsnet: Luke Fox has 6 trade destinations and what players could be involved in a Travis Hamonic trade.