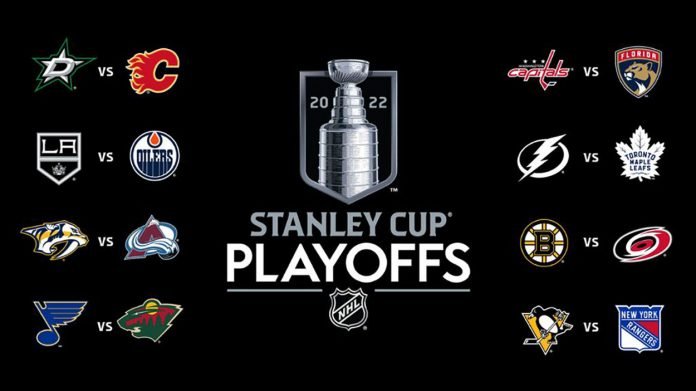 The NHL regular season is coming to a close. The NHL Stanley Cup Playoffs will begin this Monday, May 2nd. It is going to be so much chaos and fun. That is what sports are all about. It will be interesting to see who gets to play whom in Round One.

People may want to play online casino games before the NHL Stanley Cup Playoffs begin. What are some of the potential first-round matchups that could possibly happen?

This will be the 3 vs 2 match-ups in the Pacific Division. The Los Angeles Kings have a mix of youth and veterans on this roster. They were in the midst of a rebuild still but their future looks bright. Veterans like Anze Kopitar and Dustin Brown (will retire after 2022) will be around. They don’t have Drew Doughty due to injury.

Jonathan Quick will be the starting goalie for Los Angeles and it will either be Mike Smith or Mikko Kosiken for the Edmonton Oilers. Connor McDavid and Leon Draisaitl could potentially have their way against the Kings even though they play a physical brand of hockey.

This will be the 3 vs 2 match-up in the Central Division. The St. Louis Blues play a physical brand of hockey. They start things with their goaltending and their blue line. Torey Krug and Colton Parayko are two of the most important defenseman on this hockey team.

Jordan Kyrou, Vladimir Tarasenko, Robert Thomas, and Ryan O’Reilly are the most important players offensively. The biggest debate will be Ville Husso or Jordan Binnington in nets. Husso had a better year than Binnington even though Jordan Binnington was the starting goalie in the 2019 Stanley Cup Title run.

The head coaching match-up will be Craig Berube for the St. Louis Blues vs Dean Evanson for the Minnesota Twins. St. Louis and Minnesota both have the same odds to win the 2022 Stanley Cup title at +1800.

This is most likely going to be the number one wild card team in the Western Conference vs the top-seeded team in the Pacific Division. The Nashville Predators had two 40-goal scorers in Filip Forsberg and Matt Duchene. Ryan Johansen and Tanner Jeannot key players also.

This team starts with defenseman Roman Josi and goalie Juuse Saros. However, Saros could be out for the playoffs and either David Rittich or Connor Ingram will start in net.  As for the Calgary Flames, Johnny Gaudreau and Matthew Tkachuk has carried this offense all season long. Jacob Markstrom is one of the best goalies in the NHL.

If this match-up happens, it would be the number three seed vs the number two seed in the Metropolitan Division. New York owned Pittsburgh during the regular season. This could potentially be the last ride of the Sidney Crosby-Evgeni Malkin-Kris Letang era with the Pittsburgh Penguins. Casey DeSmith will start in net.

Chris Kreider, Artemi Panarin, Mika Zibanejad, and Adam Fox will be the key players to watch for in this series for the New York Rangers. Igor Shesterkin is the best goalie in the NHL.