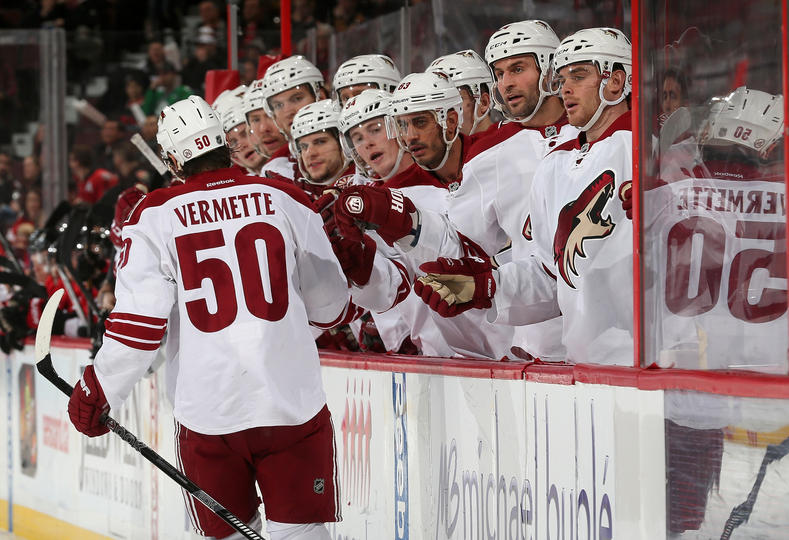 The Toronto Sun: If the Toronto Maple Leafs are going to trade Cody Franson, the asking price is a 2nd round draft pick. Franson currently has six goals and 23 assists in 49 games. The Red Wings are the team that has shown the most interest in Franson.

The Hockey News: The Arizona Coyotes are expected to have a fire sale of players very soon and  Antoine Vermette is currently the hottest commodity.  The Anaheim Ducks, Chicago Blackhawks, Colorado Avalanche, Montreal Canadiens, New York Rangers, Ottawa Senators and St. Louis Blues all have interest in Vermette.

ESPN.com: The Chicago Blackhawks currently have $65 million committed to 15 players next year. The cap is estimated for around $71 million next season, they’ll have to create some space. Bryan Bickell is a candidate to be moved. Other names mentioned in trades but not likely to happen until the off-season are Patrick Sharp, Brent Seabrook and Corey Crawford.