The Philadelphia Flyers would like to shake up their team and trade candidates include Luke Schenn, Andrew MacDonald, Nicklas Grossmann and Braydon Coburn.

The most likely Toronto Maple Leafs players to be traded at the 2015 NHL trade deadline are:  James Reimer, Stephane Robidas, Mike Santorelli and Daniel Winnik. If the Leafs decide to trade Dion Phaneuf and Phil Kessel it will be in the off-season.

TSN: Darren Dreger reports that Montreal Canadiens GM Marc Bergevin has been linked in trade talks with the Nashville Predators and Edmonton Oilers. Could the Habs trade Lars Eller for Ryan Ellis?

Edmonton Journal: The Washington Capitals could try to move Mike Green for a second-round pick at the NHL trade deadline.

The Tampa Bay Lightning could trade winger Brett Connolly for a defenseman. 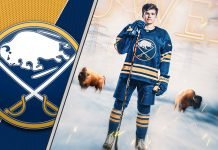