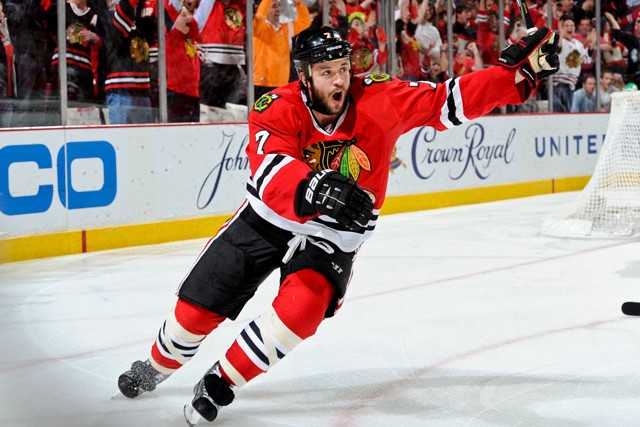 “I’m sure they’re looking at their options. But I also think they’re trying to solve it internally. They’ve got a lot of young defensemen that they believe in, but young defensemen have a big learning curve and so I think Jim Nill, if he can improve his hockey team and get a defenseman, there’s no question in my mind that he’ll do that.

The Hockey News: Not only must GM Stan Bowman free up cap space for 2015-16, he must also make room to re-sign defenseman Brent Seabrook, who will be an unrestricted free agent in July 2016. Seabrook is considered part of the Blackhawks’ core, but he’ll likely seek a significant raise over his current $5.8-million annual cap hit. Should the cap fail to noticeably rise again in 2016, Bowman must either gut his roster again to create space for Seabrook, trade him or risk losing him for nothing to free agency.

NBCSports: The Boston Bruins have put out “trade feelers” for defensemen because of their injury situation. They’re currently missing Zdeno Chara, Kevan Miller, David Warsofsky and Torey Krug, though Krug is expected to return to action on Monday.