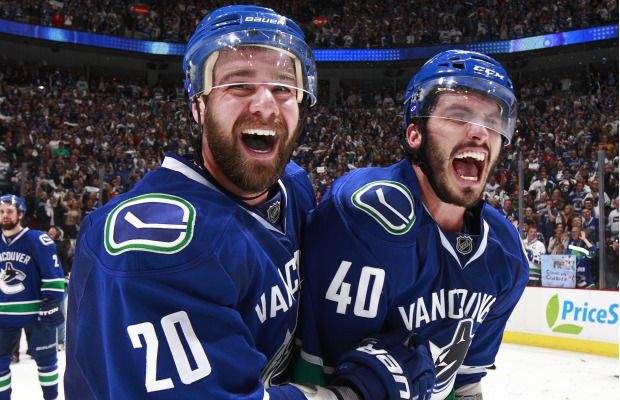 The Buffalo Sabres are looking to sign Chicago Blackhawks UFA defenseman Johnny Oduya. Oduya, 33 is an unrestricted free agent, who has won two Stanley Cups with the Blackhawks. Sabres general manager Tim Murray said Oduya is his top target. Oduya is waiting to see if the Blackhawks offer him a contract. The Dallas Stars also have interest in Oduya.

The Score: Vancouver Canucks President Trevor Linden reportedly told a select group of the team’s fans at a Summer Summit in early July that forward Chris Higgins was on the trading block. Higgins has two years left on a four-year, $10-million deal that comes with a cap hit of $2.5 million per season. He earned 36 points in 77 games last season.

Bizjournals.com: The sale of the Pittsburgh Penguins could be close. Penguins owners Mario Lemieux and Ron Burkle confirmed in June that they hired wealth investment firm Morgan Stanley to explore options for a potential sale of the franchise, which, according to Forbes, is worth $565 million. Patty Tascarella of the Pittsburgh Business Times writes:

(The) identities of the bidders and size of the bid were not disclosed, although some who have done deals in the National Hockey League said the team could sell (for) anywhere from $700 million to $850 million.