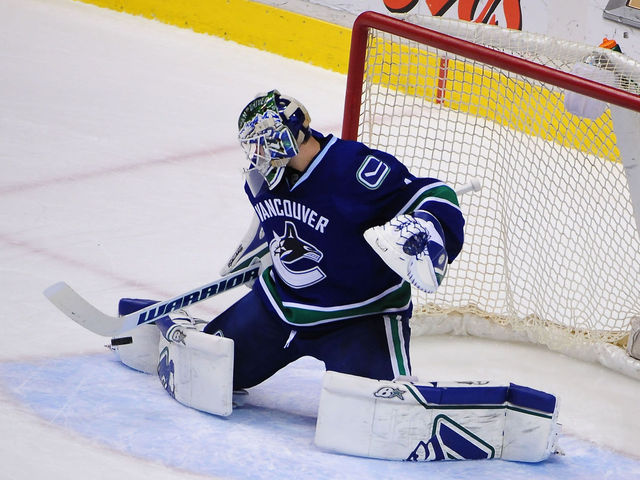 The Score: The Vancouver Canucks have received multiple offers for Eddie Lack, with the Buffalo Sabres most interested. With the improved play of Jacob Markstrom in the American Hockey League, the team looks set to move Lack to capitalize on his breakout season.

Sportsnet: Arizona Coyotes GM Don Maloney is stating that 1 team ‘being really aggressive’ in pursuit of 3rd overall pick. The Coyotes have a pair of offers for the third overall pick in Friday’s NHL Entry Draft, and one team is making a big push to acquire the Coyotes’ selection.

Chicago Tribune: In order to free up cap space, the Chicago Blackhawks may have to part with players from their current roster. One of those players could be Bryan Bickell, according to a source of the Chicago Tribune’s Chris Kuc.