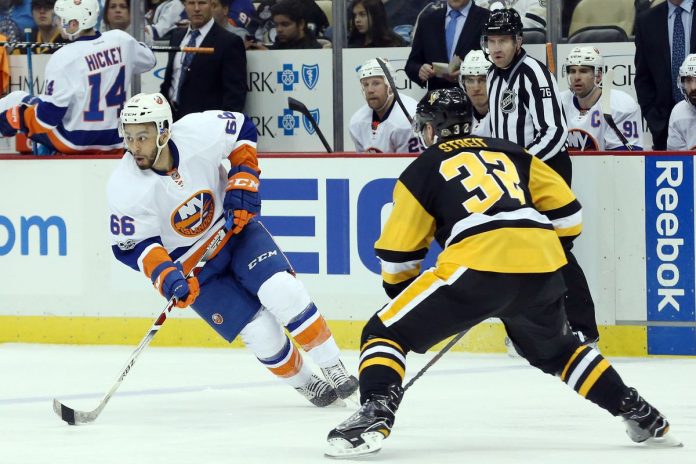 The Pittsburgh Penguins have contacted their division rival the New York Islanders to kick the tires on banished New York forward Josh Ho-Sang.

Penguins GM Jim Rutherford has at least made contact with the New York Islanders regarding Ho-Sang who cleared waivers before the start of the regular season for the purpose of assigning him to Bridgeport of the AHL.

Ho-Sang has reportedly requested a trade after being sent to the minors again. New York made him a first-round pick (28th overall) in 2015, but he was a controversial selection. Most experts projected Ho-Sang as a high pick but teams were concerned about his maturity.

NBC Sports: Jordan Hall reports Andy Welinski, who had been out with a lower-body injury, was deemed healthy and placed on waivers. If Welinski clears, he will report to AHL affiliate Lehigh Valley.

The Flyers might still make a move when Nolan Patrick inserts the lineup. An odd man out could be Connor Bunnaman or Carsen Twarynski, both 21-year-old rookies. It would make sense if the Flyers want them playing games at Lehigh Valley rather than sitting in the press box as an extra forward.

If the Flyers decide to send one of those players down, it would also create more cap flexibility. Chris Stewart, a veteran winger who turns 32 years old this month, remains with the team on a pro tryout until they have the cap space to sign him.