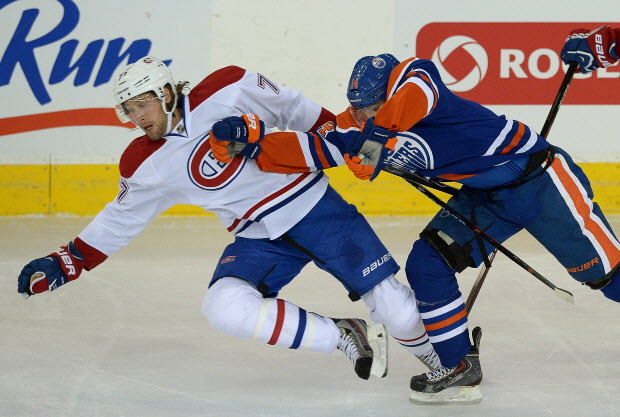 The Fourth Period: Are the Montreal Canadiens looking to make a trade for Jordan Eberle or Nail Yakupov.

The Oilers are reportedly looking for a top-two center, a young stud defenseman and another asset in exchange for Eberle.

If Eberle’s price tag is too high, Bergevin could focus on Yakupov, who played junior hockey in Sarnia (OHL) with budding Habs star Alex Galchenyuk.

Pro Hockey Talk: According to TSN hockey insider Bob McKenzie, Maloney threatened his players, who currently have limited no-trade clauses, and told them he would seek trades.

Players who have reportedly garnered interest from other teams include Keith Yandle, Antoine Vermette, Mikkel Boedker and Martin Hanzal.

NBC Sports: The Florida Panthers and Anaheim Ducks completed a trade on Thursday, with the Panthers sending Colby Robak out West in exchange for Jesse Blacker and a conditional draft pick.