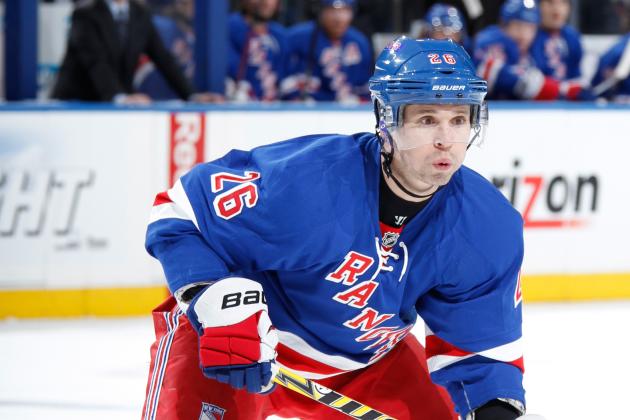 NBC Sports: It is believed the Colorado Avalanche, Dallas Stars and Florida Panthers are interested in signing UFA Cody Franson. Franson has also expressed interest in returning to the Toronto Maple Leafs.

Sportsnet: Elliotte Friedman wonders if the New Jersey Devils might take a run at signing New York Rangers pending UFA winger Martin St. Louis. The Devils need a verter on their team but most believe St. Louis wants to stay with the Rangers.

The Hockey News: Will the Anaheim Ducks trade James Wisniewski? Craig Custance of ESPN.com thinks so. He’s under contract for two more seasons at an annual cap hit of $5.5 million, though in actual salary it drops in the final season to $3 million. Custance speculates Wisniewski could be appealing for teams in need of reaching the cap floor without doing so at a full rate. The Arizona Coyotes and Buffalo Sabres could be two possibilities.