Jack Eichel was up and walking around after his artificial disk replacement surgery was completed. He could be back playing for the Vegas Golden Knights in three months.

The surgery on his neck, which was performed by Dr. Chad Prusmack at Rocky Mountain Spine Clinic in Denver on Friday, lasted almost an hour and 15 minutes, and early reports say that the procedure went well, Sportsnet’s Jeff Marek said on the 32 Thoughts segment of Hockey Night in Canada.

Eichel started his rehab on Saturday, and will continue doing so in Denver on Sunday and Monday.

“He was up and feeling great after,” Marek said. “Then he’ll fly to Carolina, where he’ll be under the care of Dr. Mark Lindsay, who you may know that name – he helped Connor McDavid with his knee injury. He’ll be with Dr. Lindsay for the next three weeks and the team is still hoping to have Eichel back in the next three months.” 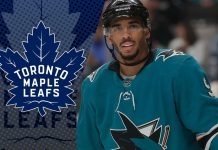 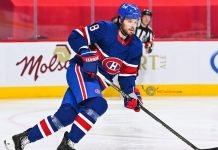 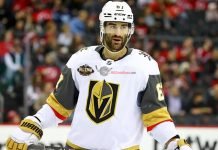