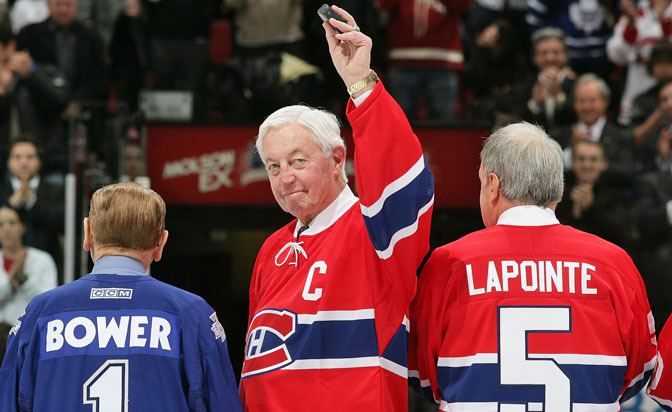 Ottawa Sun: Senators winger Bobby Ryan is not ready to return from his broken finger.

“There’s discomfort there so that makes it an issue for him to do the things he needs to do,” said MacLean. “He can’t be out there if he can’t play at full speed.”

TSN.ca: Montreal Canadiens legend Jean Beliveau passes away at age 83. He scored 507 goals, won 10 Stanley Cups and was captain for 10 seasons before his retirement in 1971.

The Score: Gordie Howe back in the hospital after tests reveal he is suffering from a combination of fatigue and dehydration.