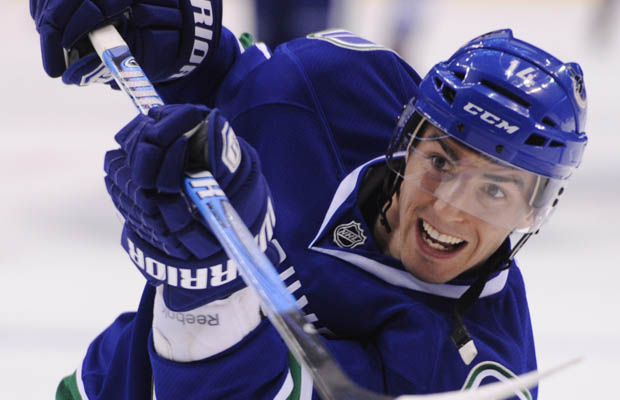 tsn.ca: Vancouver Canucks forward Alex Burrows will miss the remainder of the team’s first-round series against the Calgary Flames. Burrows was assisted off the ice during practice on Tuesday afternoon in Calgary. It was later revealed that Burrows suffered a rib injury.

sportsnet.ca: Former Boston Bruins general manager Peter Chiarelli is in Edmonton and meeting with the Oilers. Under Chiarelli the Bruins surpassed the 100-point mark on four occasions and qualified for the playoffs seven straight years from 2008 through 2014, winning the Stanley Cup in 2011 and returning to the final in 2013.