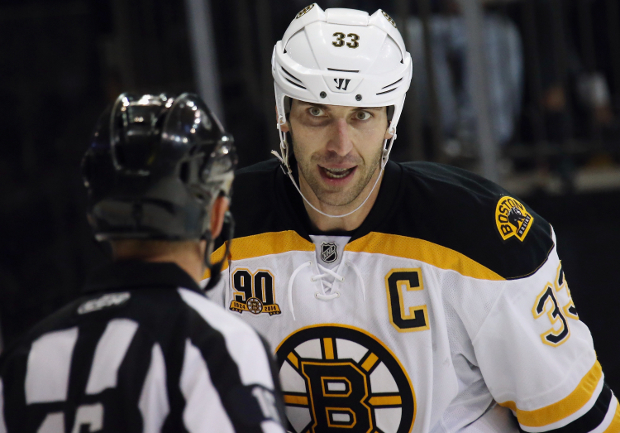 CSNNE.com: Zdeno Chara will be out a minimum of four to six weeks, and perhaps even longer if he needs surgery on his left knee, according to a report from TSN analyst Aaron Ward. It’s the result of a knee-on-knee collision with John Tavares.

New York Post: It’s believed Marc Staal is seeking approximately $6 million annually for at least six years, while the Rangers have countered with a six-year, $32.5 million proposal, similar to that of teammate Dan Girardi’s contract.