The New York Rangers have started the season well going 10-4-3 after 17 games but that has not stopped GM Chris Drury looking to trade for a forward that can play in the top-six or bottom-six of the lineup.

Darren Dreger was on TSN’s Insider Trading and reports the Rangers pursuit of offensive help is not new, but has been kicked into a higher gear after losing Sammy Blais to a season-ending injury.

Dreger went on to say, “U.S. Thanksgiving normally nudges the trade market a little, so there’s nothing on the front burner but definitely Rangers are on the hunt.”

There is no word on what players the Rangers are interested in trading for. Trade chips could be draft picks, prospects or backup goalie Alexandar Georgiev.

Vitali Kravtsov would fit in nicely to the Rangers lineup, but the disgruntled forward has requested a trade and has no desire to play for New York. 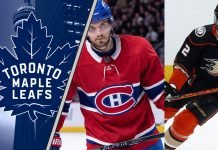 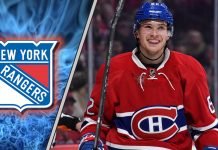