Tsn.ca is reporting that Andrei Markov is seeking a 3-year contract extension from the Montreal Canadiens.

Markov, 36, is asking the Habs for a three-year deal worth $6 million per year, tweeted by TSN Hockey Insider Bob McKenzie. 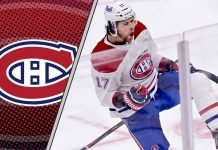