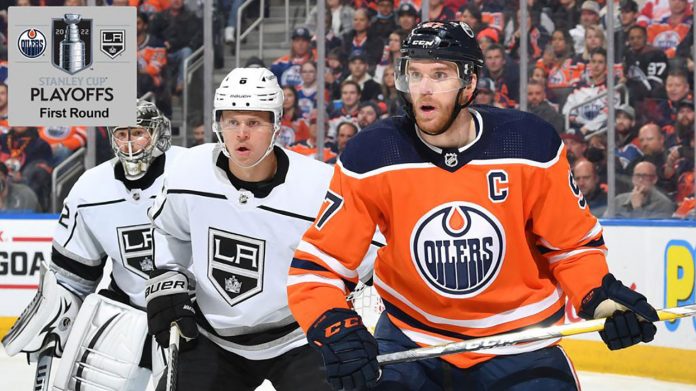 The NHL Regular Season is coming to a close. All 16 playoff spots have been clinched for the 2022 Stanley Cup Playoffs. There will be the other 16 teams that have been eliminated from playoff contention and they will be looking forward to the 2022-2023 NHL regular season.

The postseason will begin this Monday, May 2nd. It will be nothing but excitement and unpredictability. There are sports news out there for potential headlines going into the 2022 NHL Stanley Cup Playoffs. Which lower odds teams have a shot to win it all?

The New York Rangers are the number two seed in the Metropolitan Division entering the 2022 Stanley Cup Playoffs in the NHL. It appears as if the Pittsburgh Penguins and the Washington Capitals are afraid and scared to face them. That is how far New York has come this year. One of the reasons why the Rangers are terrifying to face is because of goalie Igor Shesterkin.

He is probably going to win the Vezina Trophy this year. The head coach is Gerard Gallant and it is very possible that he wins the Jack Adams Award (NHL best coach). They have a defensive structure in place and it is why teams are scared of them. The New York Rangers play with a physical edge about them.

Adam Fox is one of the best blueliners in the NHL. Chris Kreider scored over 50 goals during the regular season and the power play was one of the best in the NHL. Mika Zibanejad and Artemi Panarin are beasts offensively. They have solid third and fourth lines. Kaapo Kakko and Alexis Lafreniere have not lived up to expectations as young players, but will step up eventually.

The biggest stumbling block for New York is the Carolina Hurricanes.

The Edmonton Oilers have two of the best players in the world in Connor McDavid and Leon Draisaitl. Edmonton should beat the Los Angeles Kings in the first round of the NHL Stanley Cup Playoffs, but the Oilers are on a potential collision course with the Calgary Flames (arch rivals, Battle of Alberta).

The Oilers biggest issue has always been goaltending. Will head coach Raymond Woodcroft ride with Mike Smith or Mikko Kosiken in the Stanley Cup Playoffs. They have been more structurally sound defensively as of late. Having Tyson Barrie, Darnell Nurse, and Evan Bouchard help.

Players like Ryan Nugent-Hopkins, Zach Hyman, and Evander Kane will need to provide depth scoring for them to go on a deep playoff run. The Western Conference isn’t as strong as the Eastern Conference so that is a positive for them. The Edmonton Oilers love to play a skill and speed game and they are scared of being punched in the mouth though and getting physical.

The St. Louis Blues just won the Stanley Cup three years ago and they appeared prime for another run for a title. However, the biggest question for them will be will Ville Husso or Jordan Binnington be the Game 1 starter in net? Both goalies have a case to be the starter for the long run in the Stanley Cup Playoffs.

Head coach Craig Berube has his team built for this time of year. They play a physical brand of hockey and they don’t care who they play. St. Louis is not scared of anyone. Justin Faulk, Torey Krug, Colton Parayko, and Marco Scandella on the backend help this hockey team out a lot.

The primary offensive options on this hockey team usually are Vladimir Tarasenko and Ryan O’Reilly. Robert Thomas, Pavel Buchnevich, and Jordan Kyrou have turned out to be offensive options too. The St. Louis Blues are not a team to sleep on in the NHL 2022 Stanley Cup Playoffs and they could pose the biggest threat to the Colorado Avalanche in the Central Division in the Western Conference.

The Minnesota Wild’s head coach is Dean Evanson. They have four lines that can score (Kirill Kaprizov elite) and Minnesota will have to decide between Marc-Andre Fleury and Cam Talbot in net.