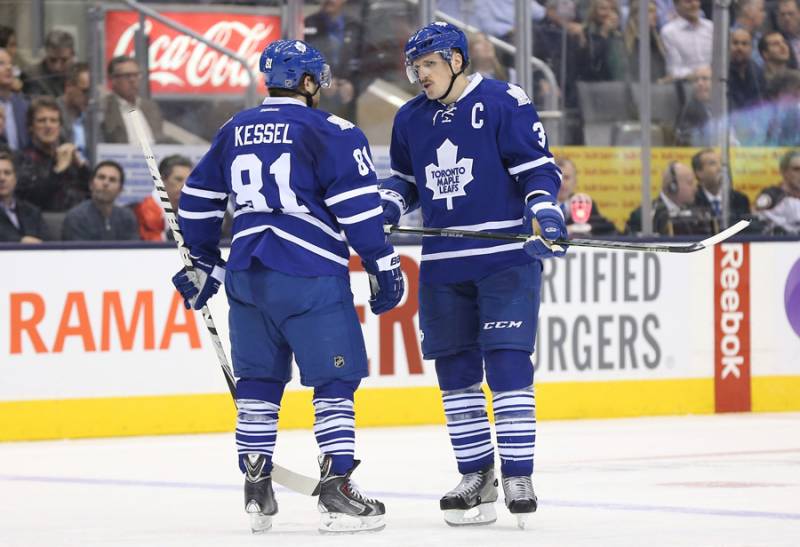 “Giguere, who was coached by Babcock for two seasons in Anaheim, feels the new Leafs bench boss will be able to spark Kessel and Phaneuf better than previous Leafs coaches and see them return to the calibre of players who warranted $64- and $49-million contract extensions, respectively.”

[From Mike Johnston at Sportsnet]

“Randy is definitely more of an in-your-face type of coach, you know yelling at you and stuff like that. Even though he’s a good coach, that wears very thin on the players very fast,” Giguere explained. “I think Babs uses lots of psychology. He tries to get in your head, but he has a different way for every player.”

This big question now is will Leafs management trade Phil Kessel and Dion Phaneuf this off season? Or wait and see what Mike Babcock can do with the players?