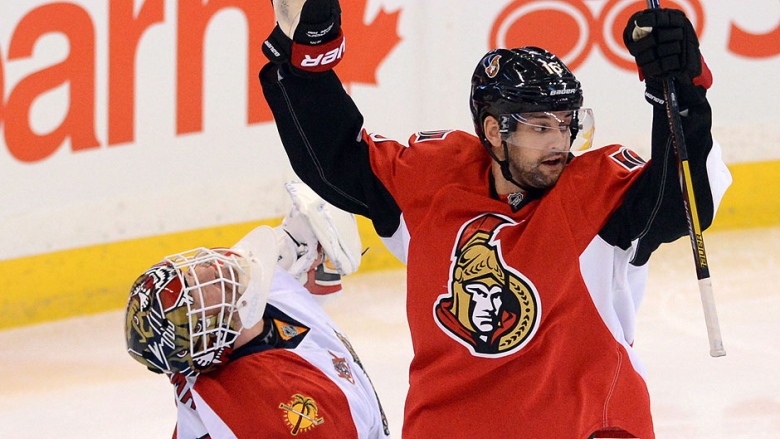 The Ottawa Senators have signed Clarke MacArthur to a five-year contract extension worth $23.25-million.

“He’s such a character guy and he wanted to be in Ottawa,” Senators general manager Bryan Murray said in a conference call Tuesday. “Our happiness with his year last year was the reason to give him the deal we did.”

Have always liked Clarke MacArthur. But Sens have committed to him as Sabres, Leafs would not. We'll see if it pays off for OTT.

anyone else think Clarke MacArthur is a tad overpaid? #sens #nhl

Good job Sens on extending Clarke MacArthur one of the more underrated players in the NHL, at a cap hit of $4.65m should provide solid value