The Toronto Maple Leafs need to free up salary cap space if they want to re-sign goalie Jack Campbell or look to the free agent market for a goalie and the only way the Leafs can do that is if they trade Petr Mrazek.

Jonas Siegel of The Athletic reports the Chicago Blackhawks need a goalie and they could look to the Leafs for a Mrazek trade.  His contract runs two more years and will expire before the Blackhawks plan to be competitive again.

Siegel went on to say, for the Blackhawks to take on Mrazek’s contract, the Leafs will likely have to send over a 2nd round draft pick along with a B-level prospect like Nick Abruzzese and possibly a roster player like Justin Holl for a deal to be completed.

There is a deal to be made and it makes sense for both teams. The Blackhawks are in full rebuild mode, they want draft picks and prospects and will look to tank next season to hopefully get excellent odds to win the NHL draft lottery to draft Connor Bedard. 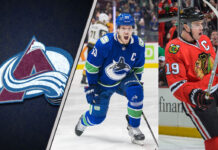 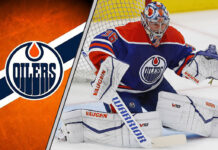