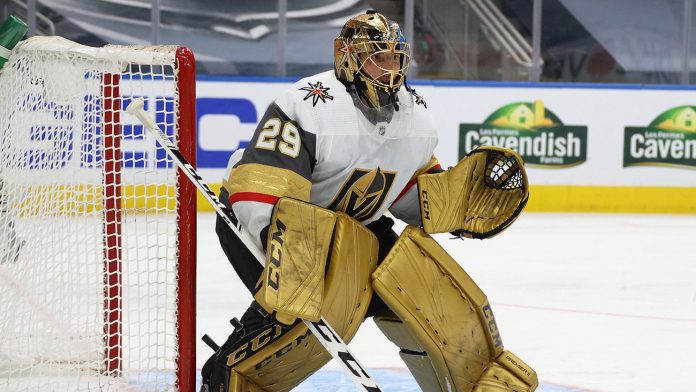 The Vegas Golden Knights will need to be salary cap compliant when Robin Lehner comes back from off-season surgery. Once his cap hit is added to the teams salary cap, they will be almost $1 million over the cap.

The Golden Knights tried to trade Marc-Andre Fleury in the off-season, but there was no takers.

A trade has to happen to see the VGK ship out a player who makes $1M or more above what they take back in salary. Potential deals aren’t easy to structure. Vegas could still trade Fleury is they pay part of his salary.

Teams know Vegas has to move something salary-wise. Don’t expect anyone to really jump to help out one of the strongest teams in the NHL. Whatever deal is made Vegas might have to give a little more than it wants to, or take less in return.

Once Lehner is back from surgery, Vegas will have some decisions to make on which player will be traded. It is my guess Fleury is still the #1 option to go.