NHL trade Rumors are starting to circulate that the Vancouver Canucks are looking to trade Olli Juolevi. The 2016 first-rounder has struggled as a pro and sits fifth on the Canucks’ left-side defence depth chart.

Patrick Johnston of The Province reports Juolevi, who would require waivers to be re-assigned to the American Hockey League — and given his pedigree would likely be claimed — is being actively shopped around the league.

Johnston went on to say, If the Canucks can’t find a trade and decide to send him to AHL Abbotsford ahead of Monday’s NHL opening day roster deadline, he’ll have to be on waivers today.

The Canucks scouting team made a mistake drafting fifth overall in 2016, as the Canucks passed on higher-upside blue-liners — and Matthew Tkachuk — to take him.

As we have seen before, a change of scenery might do Juolevi well and he could turns things around and live up to his potential with another team. 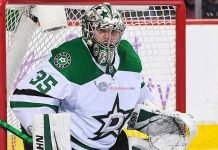 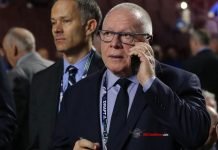 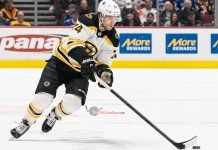 Jake DeBrusk has asked to be traded