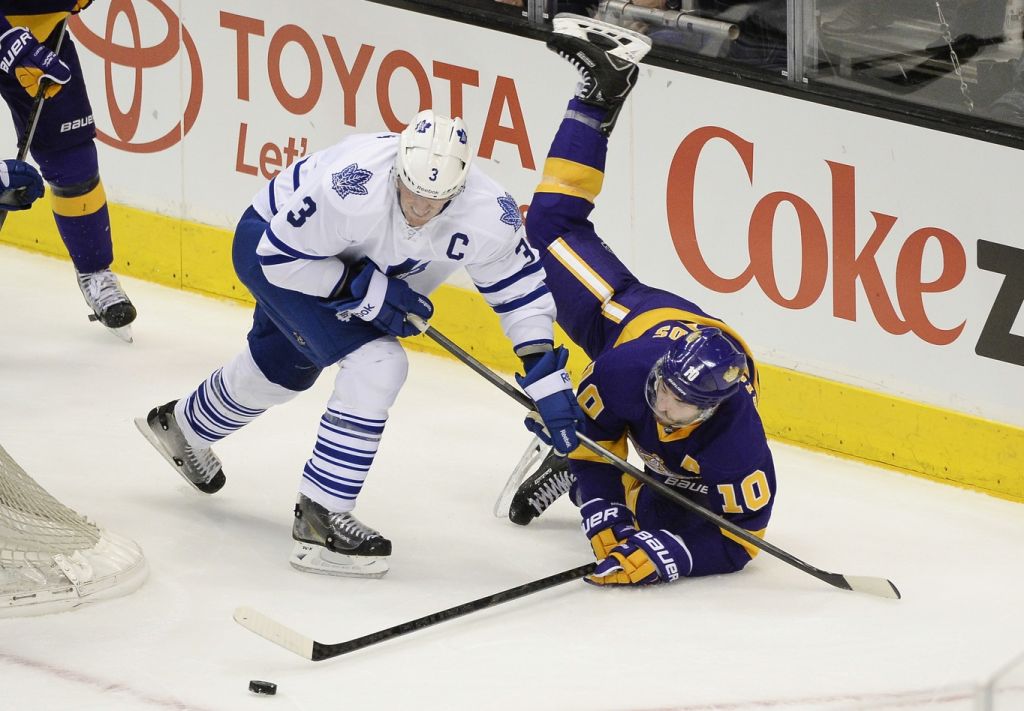 Sportsnet: Elliotte Friedman believes a deal between the LA Kings and Toronto Maple Leafs involving Mike Richards and Dion Phaneuf was seriously discussed but the Kings refused to include Tanner Pearson or Tyler Toffoli in the deal.

TSN: Darren Dreger is reporting that the Toronto Maple Leafs have not decided yet if they will be sellers or buyers at the 2015 NHL Trade Deadline. There is interest in Leaf UFAs Mike Santorelli and Daniel Winnik, with the Pittsburgh Penguins having made an offer last week for him. It appears the Leafs will trade Cody Franson as they will not be able to offer him a contract with the dollar amount Franson wants. The Detroit Red Wings, Anaheim Ducks, Dallas Stars and Pittsburgh Penguins all have interest in Franson.

NICHOLS ON HOCKEY: TSN’s Darren Dreger wondered if the St. Louis Blues might trade for the Leafs Joffrey Lupul. Dreger also thinks the Leafs will not pursue the Avs Ryan O’Reilly.