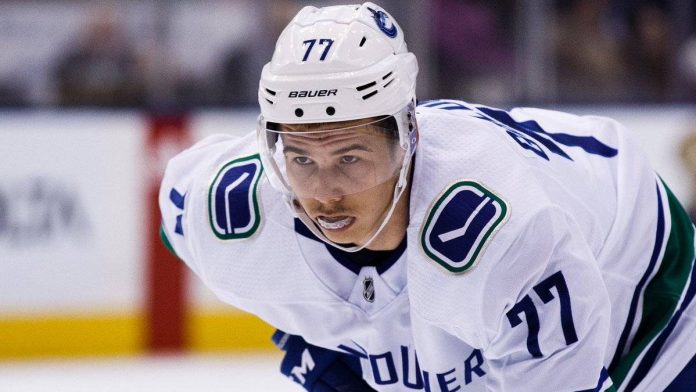 Will the Canucks sign-and-trade Nikolay Goldobin?

Vancouver Sun: Nikolay Goldobin is expected to be signed to a short-term extension because despite having no contract leverage, arbitration rights or even a roster spot because of a glut of wingers.

Goldobin is coming off an underwhelming 27-point season in which the 23-year-old Moscow native showed early promise on a line with Elias Pettersson and Brock Boeser. However, he faded into his customary indifferent play that was rife with indecision to become a frequent healthy scratch.

The Canucks are either dangling yet another motivational carrot in front of Goldobin, or perhaps they’re pondering a sign-and-trade scenario to free up cap space and a roster spot.

The Athletic: Michael Russo reports that at this point in time there is a better chance that the Minnesota Wild trade defenseman Jared Spurgeon than sign him to a contract extension. Spurgeon, 30, will be seeking big money on a long-term deal that will not make sense for a team that will likely look to be younger and on a rebuild.

If the Wild are out of the playoff race at the 2020 NHL trade deadline they could look to move Spurgeon and Mikko Koivu. Both are pending UFAs.