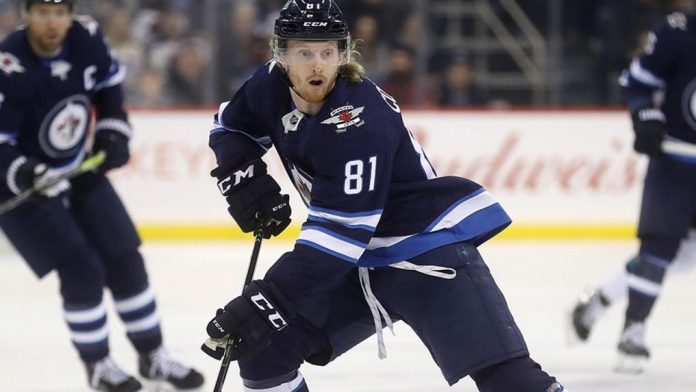 Back in June, Jets GM Kevin Cheveldayoff was asked about the potential of an offer sheet being signed by Connor and/or Patrik Laine.

“I think you look at all the situations and determine it, but certainly it would be our intention to match, and you’ve got the summer to figure it out,” the GM told NHL.com.

As to what the salary cap hit may be on Connor’s next contract, the recent signing of Arizona’s Clayton Keller to an eight-year deal with a $7.15 million cap hit could reasonably be considered a starting point. In the past two seasons, Connor has scored 11 more points and 28 more goals than Keller.

Michael Frolik could be traded to free up cap space

Sportsnet: Eric Francis reports the Calgary Flames will have to make a trade soon to free up the cap space to sign Matthew Tkachuk.

Michael Frolik, 31, a versatile, valuable member of the Flames, Frolik has been considered the most likely candidate to be moved largely because he’s entering the final year of a deal earning him $4.3 million.

At the NHL trade deadline a report surfaced suggesting a deal sending Frolik and a draft pick to Minnesota for Jason Zucker fell apart at the 11th hour.

Through it all, Frolik insists he’s never made a trade request and is hoping he’ll start the season with the Flames.

He also hopes to return to his spot on one of the league’s best second lines.