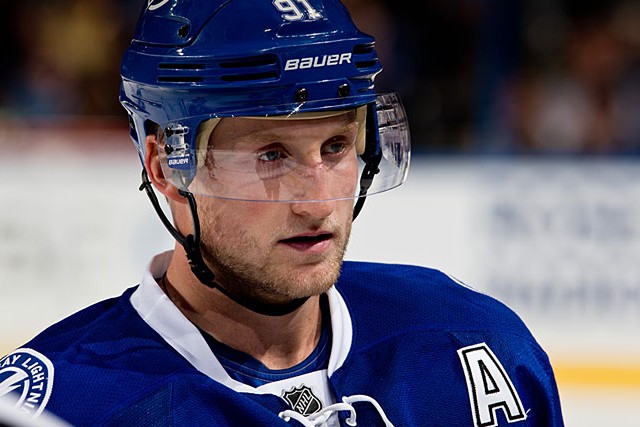 The Boston Globe: One of the Boston Bruins nine defensemen will be traded. GM Peter Chiarelli has to look ahead to the trade that will happen before the season opener. He has to figure out how, if he desires, to sign third-line candidate Simon Gagne, who is without a contract.

Hope Smoke: TSN’s Darren Dreger “Randy Carlyle, Dave Nonis & Brenden Shanahan must have been pulling their hair out watching all those defensive breakdowns against the Buffalo Sabres” Could the Leafs still be looking to upgrade their d-man?

The Fourth Period: Steven Stamkos won’t become a free agent for another two years, but that hasn’t stopped Lightning owner Jeff Vinik from wanted to sign him to a long-term extension. The Lightning can’t start negotiating an extension with Stamkos until July 1, 2015, and Vinik also indicated that he will leave the negotiations up to GM Steve Yzerman. The Toronto Maple Leafs have Steven Stamkos in their sights and he is their target in 2 years.