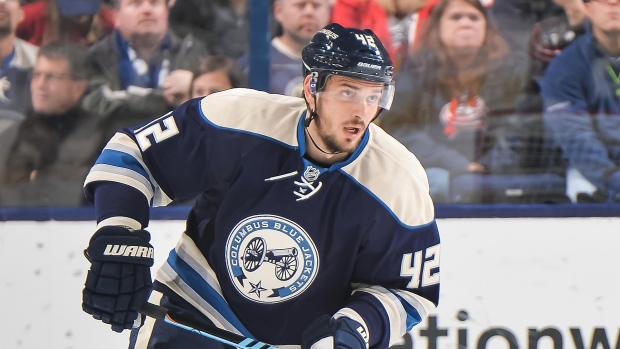 TSN.ca: The Columbus Blue Jackets has placed centre Artem Anisimov on injured reserve with a torn triceps muscle. He is expected to miss two to three months with the injury.

Katie Strang: LA Kings D Slava Voynov due to appear in court this am in Torrance, CA for arraignment. Will plead not guilty to domestic violence charge