1936: The New York Rangers and coach Lester Patrick each reach an NHL milestone in a 2-1 victory against the Montreal Maroons at the Forum. The Rangers become the fifth team to reach 200 regular-season wins; Patrick, New York’s coach since the inception of the Rangers in 1926, becomes the first coach with 200 wins.

1943: Left wing Alex Smart becomes the first player to score three goals in his NHL debut. Smart also has an assist for a four-point game in Montreal’s 5-1 win against Chicago at the Forum. Smart plays eight games in his NHL career, finishing with five goals and seven points, before being returned to senior hockey.

1971: Phil Esposito scores three goals, setting a modern NHL record with his fifth hat trick of the season, in the Boston Bruins’ 9-5 victory against the Los Angeles Kings at Boston Garden. Esposito also has three assists for a six-point night. It’s his 10th NHL hat trick and it helps the Bruins extend their home winning streak to 12 games.

1984: Mike Bossy scores his 400th goal in his 506th NHL game,a 4-2 victory for the Islanders against the Rangers at Nassau Coliseum. Bossy becomes the fastest player in League history to score 400 goals (a mark later broken by Wayne Gretzky).

1988: Denis Potvin becomes the first defenseman in NHL history to score 300 goals when he gets a power-play goal in the second period of the Islanders’ 8-5 victory against the Quebec Nordiques at Nassau Coliseum. Potvin, already the first NHL defenseman to reach 1,000 NHL points, scores goal No. 300 when he picks up a loose puck in the high slot and beats Quebec goaltender Ron Tugnutt through traffic from 35 feet. The game is stopped for several minutes when Potvin receives a standing ovation. He retires at the end of the season with NHL-record totals (since surpassed) of 310 goals and 1,052 points.

2006: The Buffalo Sabres reach double figures in goals for the first time in nearly 13 years when they defeat the visiting Los Angeles Kings 10-1. Jason Pominville scores three consecutive goals for a natural hat trick and Jochen Hecht scores three times in Buffalo’s biggest offensive night since a 10-7 victory against the Detroit Red Wings on Feb. 24, 1993. The 10 goals are the most allowed by the Kings since a 10-3 loss to the Washington Capitals on Feb. 13, 1993.

2014: Two 41-year-olds, goaltender Martin Brodeur and forward Jaromir Jagr, power the New Jersey Devils to a 4-1 victory against the Canadiens at Bell Centre. Brodeur makes 29 saves to improve his record in Montreal to 20-9-1; he receives an ovation after being named First Star of the Game in what turns out to be his final appearance in the city where he grew up. Jagr scored at 17:23 of the first period to end a 10-game drought. It was the 695th goal of his NHL career, passing Mark Messier for seventh on the all-time list.

It’s the 783rd regular-season victory for Quenneville, who spent much of his playing career competing against Arbour’s New York Islanders, who won the Stanley Cup four consecutive times from 1980–83.

Quenneville guides the Blackhawks to the Cup three times in a six-season stretch from 2009-15.

“Trying to play against [Arbour’s] teams over the years, he was one of those guys that was distinguished behind the bench,” said Quenneville, who wins for the 347th time with the Blackhawks. “His teams were always winning teams and they always played hard and were tough to play against. I think as a player you heard a lot of good things about Al as well. His teams were successful, and catching him, I’m very honored.” 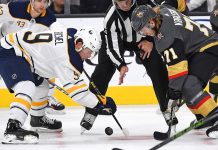 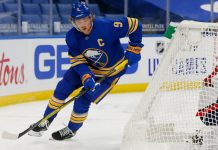