The San Jose Sharks have kept one of the premier free agents off the market, agreeing with defenseman Erik Karlsson on an eight-year deal for $11.5 million per season, according to multiple reports.

The deal makes Karlsson, 29, the league’s highest paid defenseman, barely surpassing the eight-year, $88 million deal the Kings’ Drew Doughty signed last summer. Per the NHL CBA, the Sharks were the only team that could offer Karlsson eight years; as an unrestricted free agent, another team could only go as high as seven.

The Sharks acquired the six-time All-Star and two-time Norris Trophy winner from the Senators in September. Since he re-signed with San Jose, Ottawa gets a second-round draft pick.

Karlsson had a down year offensively as injuries limited him to 54 games this past season. His three goals were the lowest of his career. His 45 points were the lowest since 2012-13, when he only played 17 games for Ottawa. 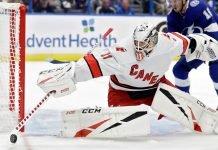 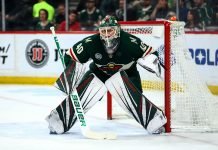