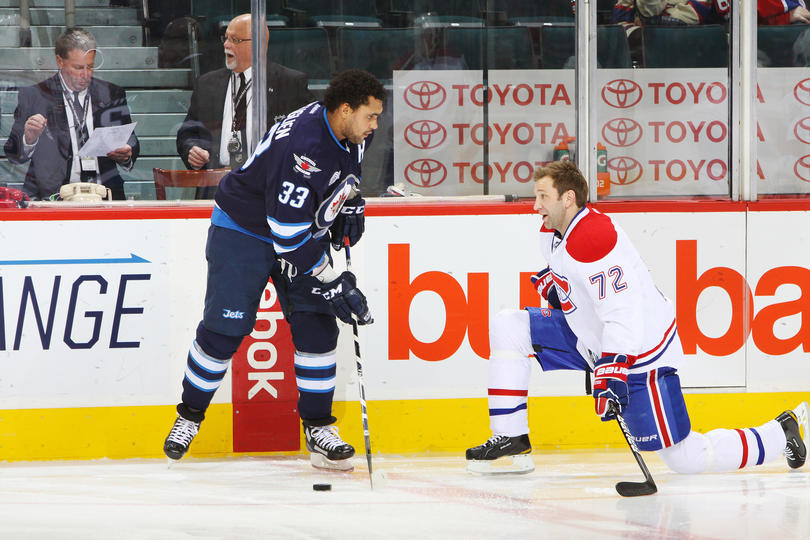 The Winnipeg Jets could consider trading star Defenseman and sometime Forward Dustin Byfuglien if they are out of playoff contention when the 2016 NHL Trade Dealine comes around. If they are in a playoff spot, the Jets may still keep Byfuglien even if he does not re-sign in the summer.

Dustin Byfuglien has been in a lot of NHL Rumors this off-season. Teams that are rumored to be interested in Big Buff are the Montreal Canadiens, Boston Bruins, Pittsburgh Penguins, and Edmonton Oilers. Resent rumors have the Canadiens  with the most interest in Byfuglien. The Jets want a left handed defenseman in return for Byfuglien.

What could the Jets get for Byfuglien?

It is very unlikely Byfuglien gets traded this season, but if the Jets are out of a playoff spot when January hits, Byfuglien might be a high trade candidate for the Jets that could land them a big return.

For the latest NHL trade rumors and news, check out our homepage.