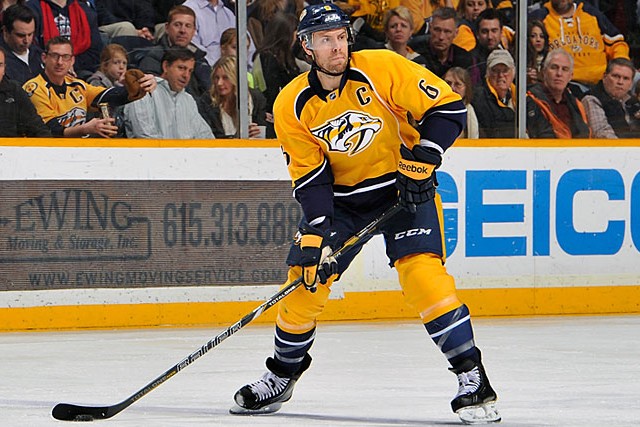 The Hockey News: Shea Weber’s value to the Nashville Predators and the expense of his contract are usually cited as reasons why he won’t be dealt, but Yahoo Sports’ Josh Cooper believes the time could be right to trade him within the next year. The expense of re-signing Filip Forsberg and Seth Jones next year, the Predators could be looking to free up cap space for next year. Weber lacks a no-trade clause in his contract. The Predators can entertain offers from around the league and ship him anywhere without his consent. If GM David Poile pulls the trigger on a Weber trade, don’t expect it to happen during the course of the regular season. The earliest will be in late-June leading up to the NHL draft.

Sportsnet: If the Boston Bruins do not make an offer to Cody Franson, where will he end up? Mike Johnson lists the Dallas Stars, Los Angeles Kings, Arizona Coyotes and Buffalo Sabres as possible destinations for Franson.

For the latest NHL trade rumors and news see the homepage.