Dell hit an unsuspecting Batherson as shown in the video below. Batherson is expected to miss significant time after landing feet-first into the boards.

There is no word yet on the type of injury Batherson suffered.

Senators goalie Matt Murray was not happy with the hit and stated,“I don’t like calling out other goalies. But they’re (players) not expecting to get hit by a goalie,” said Murray.  “That’s a dangerous play that turns out to be an unfortunate result – one of our best players goes down.” 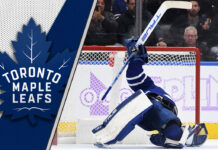 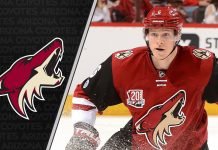