The Toronto Star: Kevin McGran reports the Toronto Maple Leafs are looking to shed salary so they can sign forward Connor Brown. Why can’t the Leafs sign Brown now? Teams are allowed to spend over the salary cap ceiling by 10 percent. The Leafs currently have around $420K of available cap room. McGran suggests they could wait until the start of the season to re-sign Brown, as they would clear sufficient cap room by assigning players to the minors and placing some on injured reserve.

The Leafs right now cannot place Nathan Horton and Joffrey Lupul who are on injured reserve until the start of the NHL season. The Latest trade rumor has the Pittsburgh Penguins interested in reuniting Phil Kessel with Tyler Bozak, leading McGran to wonder if the Pens might part with defenseman Olli Maatta.

The Hockey News: Looking at five teams that could make sense for a Matt Duchene trade.

Columbus Blue Jackets – The Blue Jackets have already offered up Ryan Murray but that won’t be enough and they aren’t moving Zach Werenski or Seth Jones. The Avalanche could ask for Gabriel Carlsson in a deal.

Boston Bruins – They won’t include Charlie McAvoy, and it might take Brandon Carlo and/or Jakub Zboril. Make not make sense for the Bruins to make a move at this point.

Carolina Hurricanes – May be the best fit for Duchene as the Hurricanes need scoring help and they are deep on the blue line. The Avs are believed to have asked for Noah Hanifin and were told no.

Pittsburgh Penguins – Seems crazy that the Penguins would add Duchene’s $6 million but they could find a way. They are in a win-mode still and could move Olli Maatta. Duchene could be their third-line center to replace Nick Bonino or play on the left side of Sidney Crosby or Evgeny Malkin.

Los Angeles Kings – Duchene would either play the wing or they would have to shift Jeff Carter to the wing. The Avs would likely ask for a deal that includes Kale Clague and more. They are not coming up in rumors as a likely team to acquire Duchene, but [Larkin] sees it as an opportunity for them to add some speed. 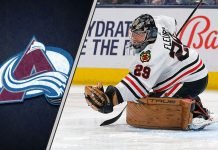 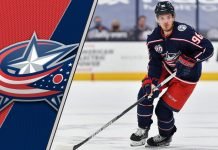 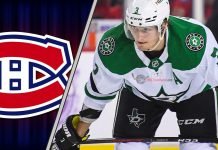