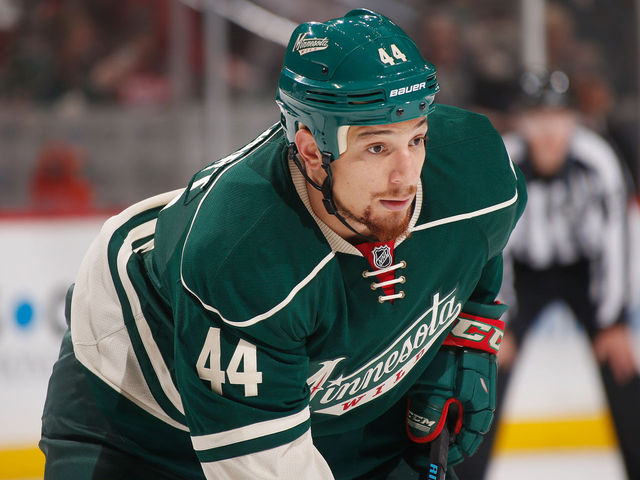 The Score: Where will Chris Stewart end up? Stewart is 27, who is a unrestricted free agent (UFA) and he has not signed with a team after being a hot commodity at the NHL Trade Deadline. Three possible destinations for Stewart are the Anaheim Ducks, Arizona Coyotes and the Florida Panthers.

Detroit Free Press: Jamie Samuelsen believes the Detroit Red Wings should trade goalie Jimmy Howard. He believes the Red Wings would have to take on a chunk of Howard’s salary if he is traded. Samuelsen also thinks that GM Ken Holland needs to look long and hard at what the market might be for one of the Wings younger forwards like Gustav Nyquist or Tomas Tatar and package them for a stud defenceman or a big scoring forward.

NBC Sports: With the recent signing of Vladimir Tarasenko, the St. Louis Blues do not have much wiggle room next summer to re-signing pending UFAs like David Backes and Troy Brouwer or RFA winger Jaden Schwartz. Most people feel that the Blues will have to trade Kevin Shattenkirk.