The Edmonton Oilers have signed goalie Mikko Koskinen to a 3-year contract extension worth $13.5 million.

Koskinen is currently playing out a one-year, $2.5 million deal that he signed on July 1 with the Oilers. His new cap hit for next season will be $4.5 million.

He was drafted by the New York Islanders in the second round (31st overall) of the 2009 Draft. The 30-year-old played four games for them in 2010-11, before embarking on a seven-year career in Finland and Russia.

With the Koskinen signing, it is likely now that the Oilers will look to trade Cam Talbot by the 2019 NHL Trade Deadline. 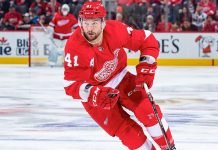 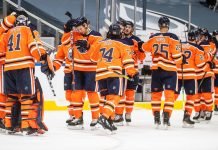 Oilers looking to add ‘size’ and ‘depth’ at trade deadline 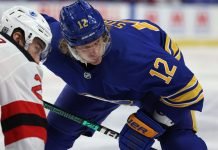