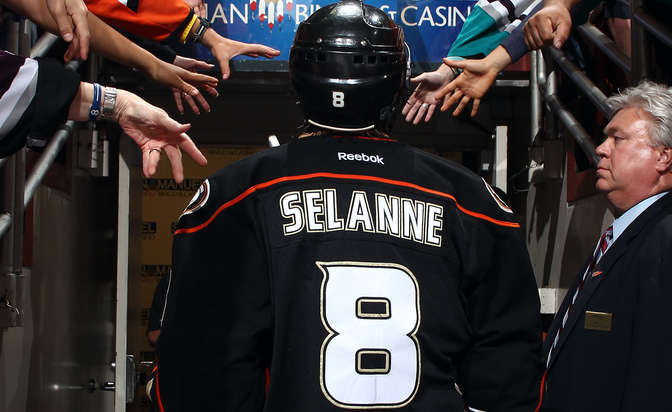 ANAHEIM, CA – MAY 16: Teemu Selanne #8 of the Anaheim Ducks leaves the ice after the game against the Los Angeles Kings in Game Seven of the Second Round of the 2014 Stanley Cup Playoffs at Honda Center on May 16, 2014 in Anaheim, California. (Photo by Debora Robinson/NHLI via Getty Images)